Links to campaigns relating to home education or affecting home educators in the UK.

UPDATE: Victory for NO2NP! The UK Supreme Court struck down the information sharing provisions that were central to the named person scheme on 28 July 2016 in a binding judgment which has implications for all other legislation and policies, including home education guidance. They have had to go back to the legislative drawing board to satisfy the terms of the ruling.

The Scottish Government’s planned Named Person scheme will undermine parents’ responsibility for their own children and allow state officials unprecedented powers to interfere with family life. That’s why so many are saying NO2NP. This campaign is actively supported by the Scottish Home Education Forum and other parenting groups.

Reject GIRFEC surveillance and named person for every child in Scotland

The Children and Young People Act which was passed by the Scottish Parliament in February 2014 seeks to establish a universal surveillance system in respect of every child and associated adult in Scotland. It is currently the subject of a Judicial Review in the Court of Session since it is contended that it breaches both the UK-wide Data Protection Act and Article 8 of the ECHR, neither of which the Scottish Parliament is competent to override.

Countering the NSPCC’s smearing and stigmatising of of home educators

Giving voice to home educating parents and their children, the only recognised EHE experts! Not to be confused with a ‘professional body’ using an identical acronym. 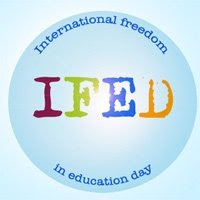 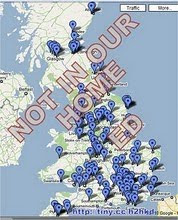 See also Wising up after Badman

More on the AHEd wiki